I only now learned of the death of one of the most bizarre proponents that the cult of homeopathy has ever produced in its 200-year history. From his official obituary, one would not suspect much weirdness: 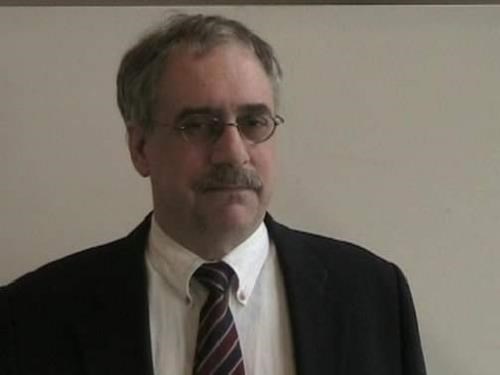 John R. Benneth passed away Nov. 9, 2021 in Chico, Calif., after a long battle with Parkinson’s disease.

John shepherded the Pixieland Theatre in Lincoln City for many years, writing, directing, and acting in plays that kept audiences coming back. He appeared often on stage in Portland and became a familiar face in local and national commercials. In the mid-1980s he was the host, writer, and creative force behind The Portland Underground, a weekly, live, late-night local access show. He gave many local actors a chance to stretch their improv talents on that and his earlier show, Mysterious Planet. His was the voice of both Portland Talk Radio’s controversial Jack Hammer, and Kandu the Mystic. He later performed regularly as Mark Twain in Virginia City, Nev., and on cruises on Lake Tahoe. John started working as a private investigator in Portland in 1978, and in 1982, he founded the National Missing Children’s Locate Center, helping parents to find their children across the U.S. He later became internationally known for his research into and advocacy for Homeopathic Medicine and was invited to present a treatise on the subject at London’s Oxford University in 2010.
John was a member of both Hawthorne and Washington Masonic lodges and the Scottish Rite of Portland.
He was preceded in death by his parents, John and Bettiana Benneth; and by his wife, Catherine Benneth. He is survived by his brother, David; and his four sons, Horatio, Merlin, Cyrano and Evan.

John Benneth, PG Hom.- London (Hons) is the renowned discoverer of the link between Homeopathy and Conventional Ionic Chemistry.

The first to accept a notorious challenge to Homeopathy, he forced the James Randi Educational Foundation (JREF), in 1999, to back down from a spurious offer to award $1,000,000 for a test identifying homeopathic solutes from their liquid aqueous vehicles.

In 2010, by invitation of Nobel laureate physicist Brian Josephson at Cambridge’s Cavendish Laboratory, he presented the Supramolecular Chemistry of the Homeopathic Remedy revealing structural changes and the physics of hydrolysis and molecular self assembling chain reactions.

He is the author of Ebola Prophylaxis and Cure detailing the use of FDA approved homeopathic pharmaceuticals in the treatment of hemorrhagic fevers, presented in advance of the reported successful use of homeopathic remedies to cure Ebola.

He is a proponent for the use of homeopathic pharmaceuticals to cure sepsis and other dire conditions for conventional use in hospital emergency and intensive care, and the Ionic Vaccine for the safe and effective non-molecular prevention of epidemic diseases.

To estimate the true extent of Benneth’s eccentricity, we need to read some of the posts by John himself johnbenneth.wordpress.com. Alternatively, we might access some of his appearances on youtube, quackometer, or even just a post I published several years ago.

I am sad that John is gone. I always thought he was mad like a hatter, but he had me in stitches whenever our paths crossed.