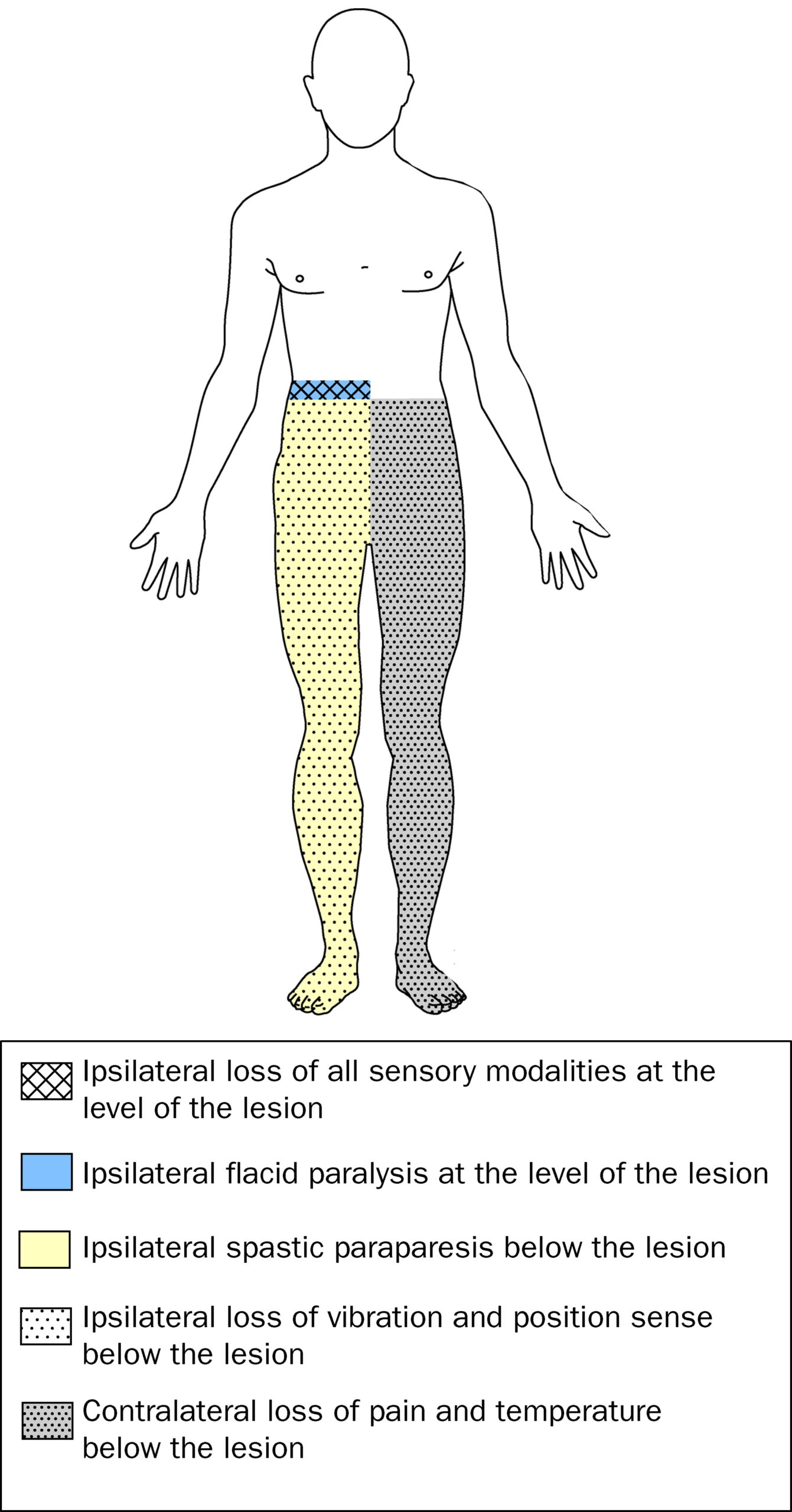 A healthy 29-year-old man developed Brown-Sequard syndrome immediately after performing a manipulation on his own cervical spine. Brown-Sequard syndrome is characterized by a lesion in the spinal cord which results in weakness or paralysis (hemiparaplegia) on one side of the body and a loss of sensation (hemianesthesia) on the opposite side.

Imaging showed large disc herniations at the levels of C4-C5 and C5-C6 with severe cord compression. The patient underwent emergent surgical decompression. He was discharged to an acute rehabilitation hospital, where he made a full functional recovery by postoperative day 8.

The authors concluded that this case highlights the benefit of swift surgical intervention followed by intensive inpatient rehab. It also serves as a warning for those who perform self-cervical manipulation.

I would add that the case also serves as a warning for those who are considering having cervical manipulation from a chiropractor. Such cases have been reported regularly. Here are three of them:

A spinal epidural hematoma is an extremely rare complication of cervical spine manipulation therapy (CSMT). The authors present the case of an adult woman, otherwise in good health, who developed Brown-Séquard syndrome after CSMT. Decompressive surgery performed within 8 hours after the onset of symptoms allowed for complete recovery of the patient’s preoperative neurological deficit. The unique feature of this case was the magnetic resonance image showing increased signal intensity in the paraspinal musculature consistent with a contusion, which probably formed after SMT. The pertinent literature is also reviewed.

Another case was reported of increased signal in the left hemicord at the C4 level on T2-weighted MR images after chiropractic manipulation, consistent with a contusion. The patient displayed clinical features of Brown-Séquard syndrome, which stabilized with immobilization and steroids. Follow-up imaging showed decreased cord swelling with persistent increased signal. After physical therapy, the patient regained strength on the left side, with residual decreased sensation of pain involving the right arm.

A further case was presented in which such a lesion developed after chiropractic manipulation of the neck. The patient presented with a Brown-Séquard syndrome, which has only rarely been reported in association with cervical epidural hematoma. The correct diagnosis was obtained by computed tomographic scanning. Surgical evacuation of the hematoma was followed by full recovery.

Brown-Séquard syndrome after spinal manipulation seems to be a rare event. Yet, nobody can provide reliable incidence figures because there is no post-marketing surveillance in this area.