Osteopathy does not improve breastfeeding

Osteopathic manipulative treatment (OMT) is advocated not merely for spinal or musculoskeletal problems, as many consumers seem to think, osteopaths also claim it to be effective for (almost) every condition. Some osteopaths who believe in the gospel of Andrew Still, the founder of osteopathy, recommend it even to facilitate breastfeeding. 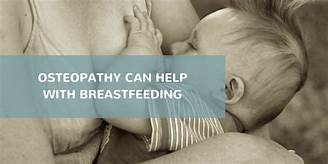 A double-blind randomised controlled trial to answer this question was conducted between July 2013 and March 2016. Breastfed term infants were eligible if one of the following criteria was met: suboptimal breastfeeding behaviour, maternal cracked nipples or maternal pain. The infants were randomly assigned to the intervention or the control group. The intervention consisted of two sessions of early OMT, while in the control group, the manipulations were performed on a doll behind a screen. The primary outcome was the exclusive breastfeeding rate at 1 month, which was assessed in an intention-to-treat analysis. Randomisation was computer generated and only accessible to the osteopath practitioner. The parents, research assistants and paediatricians were masked to group assignment.

The authors concluded succinctly that OMT did not improve exclusive breastfeeding at 1 month.

The only question that I can think of is this: why did osteopaths ever think that OMT might facilitate breastfeeding?