THE GUARDIAN published an interesting article about vaccination hesitancy yesterday. Here is a short passage from it:

One major missing piece of the puzzle, currently under consideration, is a strategy that gets to the bottom of why 5 million people remained unvaccinated, especially those in communities with an ingrained distrust of authority.

No 10 even turned to an artificial intelligence (AI) company earlier in the year to determine the causes of vaccine hesitancy, but Whitehall sources acknowledge there is still a lack of understanding about how many of the unvaccinated remain so because of entrenched anti-vax ideology, misconceptions that could be turned around, a lack of time or transport to get to vaccine centres, or just apathy.

Yesterday, it was also reported in DER STANDARD that the Austrian Science Minister Martin Polaschek has commissioned a study from Statistics Austria, which for the first time was to look at the vaccination status of the population according to socio-economic characteristics.

The study yielded fascinating findings that might shed some light on the phenomenon of ‘entrenched anti-vax ideology’:

Similar findings have, of course, been reported from other countries. However, what seems new to me here is the finding that vaccination rates are strongly correlated to the level of education: the anti-vax brigade tends to be uneducated and ignorant. If confirmed, this suggests that education might be a way to make them accept vaccinations.

Of course, correlation is not causality. But there seems to be a dose-response relationship between education and willingness to vaccinate. This makes a causal effect more likely. 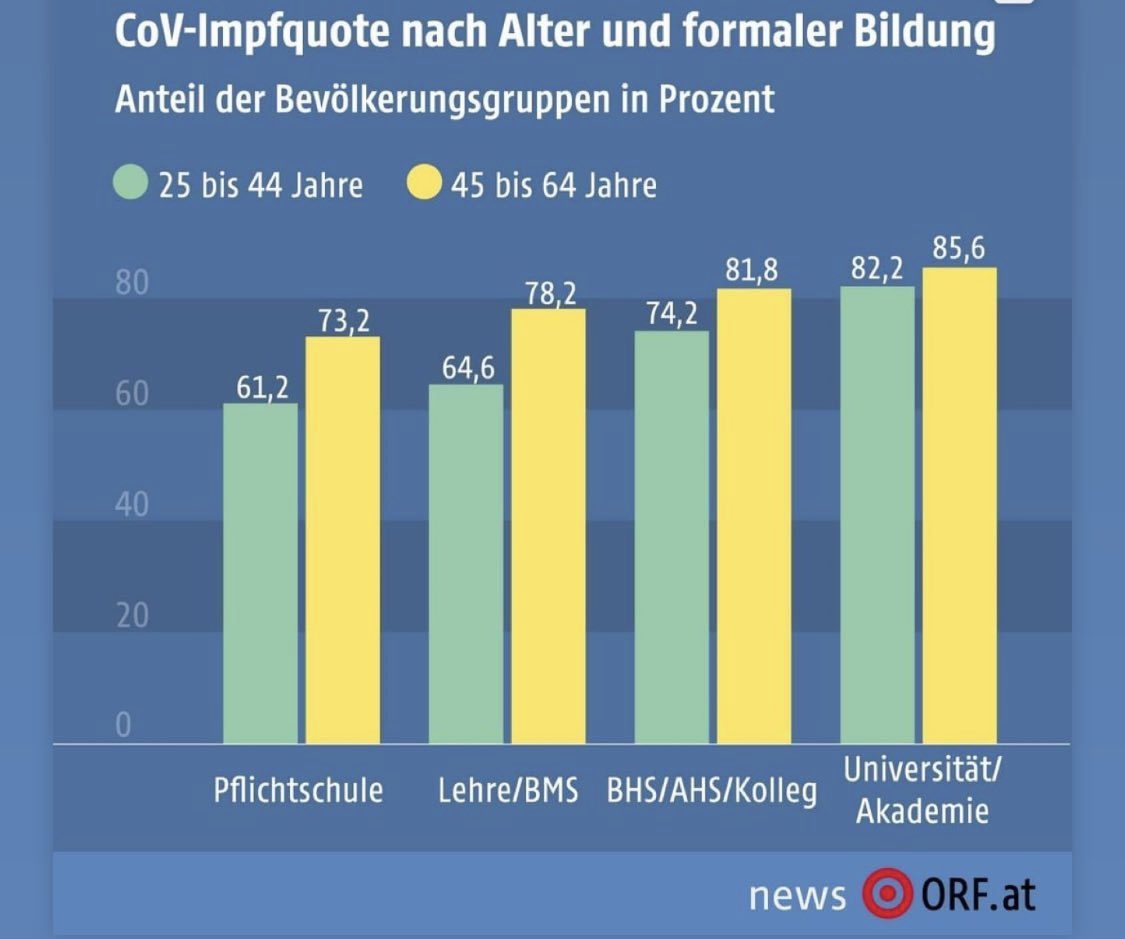 THOSE WHO KNOW NOTHING MUST BELIEVE EVERYTHING