Patients with fibromyalgia (FM) frequently resort to so-called alternative medicine (SCAM). In particular, osteopathy seems to be common, despite very weak supporting evidence. This study aimed to assess the efficacy of osteopathic manipulation in FM in a randomized clinical trial.

Patients were randomized to osteopathic or sham treatment. Treatment was administered by experienced physical medicine physicians, and consisted of 6 sessions per patient, over 6 weeks. Treatment credibility and expectancy were repeatedly evaluated. Patients completed standardized questionnaires at baseline, during treatment, and at 6, 12, 24, and 52 weeks after randomization. The primary outcome was pain intensity (100-mm visual analog scale) during the treatment period. Secondary outcomes included fatigue, functioning, and health-related quality of life. Intention-to-treat analyses were performed adjusted for credibility, using multiple imputations for missing data. 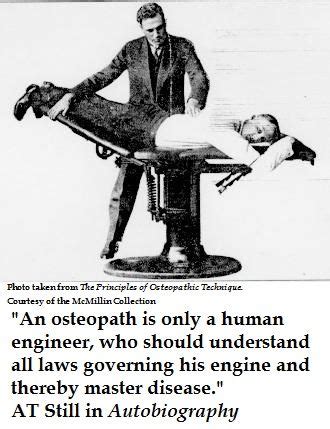 The ‘real’ treatment consisted of the following maneuvers. The patient was first placed in a prone position. Each vertebra from C7 to L5 was mobilized in a dorsoventral direction by progressive pressure on the spinous process (SP), and in rotation by applying pressure on the lateral surface of the SP (bilaterally). The sacral bone was repeatedly mobilized in nutation–counternutation (5–10 times). The piriformis muscles were progressively stretched. The hip joint was then progressively mobilized in extension combined with abduction and adduction to stretch the adductor, abductor, and flexor muscles (10 times). The shoulders were progressively mobilized, one by one, with a repeated circumduction movement of the glenohumeral joint (10 times). The patient was then placed in a supine position, for the following maneuvers. At the neck, bimanual traction was performed, followed by repeated mobilization in lateral flexion and in rotation (both sides, five times, 3–5 times each). At the shoulders, cranial traction was performed of both arms and then a repeated caudal traction of one arm and then the other, by blocking the clavicle, thereby opening the acromioclavicular and glenohumeral joints (three times). At the hips, repeated tractions were performed on the legs (three times) and the hip joint was mobilized by circumduction movements. Finally, the patient was placed in the lateral decubitus position for mobilization of the lumbar and thoracolumbar spine. Thrust manipulations were allowed at any level, according to the patient’s complaint.

In total, 101 patients (94% women) were included. Osteopathic treatment did not significantly decrease pain relative to sham treatment (mean difference during treatment: -2.2 mm; 95% confidence interval, -9.1 to 4.6 mm). No significant differences were observed for secondary outcomes. No serious adverse events were observed, despite a likely rebound in pain and altered functioning at week 12 in patients treated by osteopathy. Patient expectancy was predictive of pain during treatment, with a decrease of 12.9 mm (4.4-21.5 mm) per 10 points on the 0-30 scale. Treatment credibility and expectancy were also predictive of several secondary outcomes.

The authors concluded that osteopathy conferred no benefit over sham treatment for pain, fatigue, functioning, and quality of life in patients with FM. These findings do not support the use of osteopathy to treat these patients. More attention should be paid to the expectancy of patients in FM management.

A recent systematic review concluded that the current evidence of manual therapy in patients with FM, based on a very low to moderate quality of evidence, was inconclusive and insufficient to support and recommend the use of manual therapy in this population. To date, only general osteopathic treatment has achieved clinically relevant pain improvement when compared with control.

The new study is by far the most rigorous one to date. This means, I think, that the best available evidence confirms that, in the management of FM,

osteopathy is a placebo therapy.

When I say ‘osteopathy’ I mean the treatments as taught by Andrew Still. US osteopathy practice conventional medicine but everywhere else they adhere more or less strongly to Still’s ideas.

One Response to Osteopathy = a much-hyped placebo therapy