Acupuncture for acute low back pain: a new systematic review

Acupuncture has been widely used for acute low back pain (LBP), yet there remains continued controversy regarding its efficacy. Therefore, this systematic review aimed at evaluating the evidence.

English and Chinese databases were searched for randomized controlled trials (RCTs) of acupuncture for acute LBP published up to May 2020. Data on the outcomes of pain intensity, functional status, and analgesic use were extracted. The meta-analysis was performed using the Cochrane Collaboration’s RevMan 5.3, and pooled data were expressed as mean differences (MD) with 95% confidence intervals (CIs). 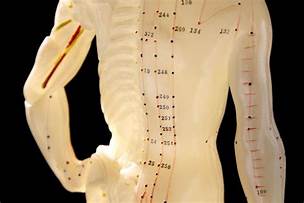 The authors concluded that acupuncture treatment of acute LBP was associated with modest improvements in the VAS score, ODI score, and the number of pills, but not the RMDQ score. Our findings should be considered with caution due to the low power original studies. High-quality trials are needed to assess further the role of
acupuncture in the treatment of acute LBP.

I do appreciate the authors’ call for caution in interpreting the findings. Yet, I feel that much more caution than the authors advise is needed here:

I am afraid that this new review does not inspire me with confidence that acupuncture is an effective therapy for acute LBP.

4 Responses to Acupuncture for acute low back pain: a new systematic review