A new honour for Rudy Giuliani: the ‘Full of Bull Award’

Rudy Giuliani, the former mayor of New York and legal advisor of Donald Trump, is already facing a billion-dollar lawsuit for defamation. He also had his license to practice law revoked by the New York Bar Association for spreading lies about the 2020 election. I therefore can imagine that he needs some cheering up and could do with some good news. 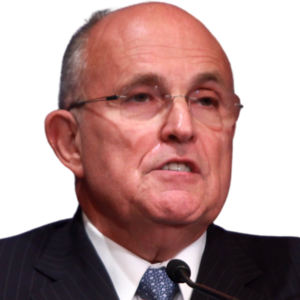 Giuliani has been given a very special award.

In recognition of his truly outstanding achievements in dishonesty and his contribution to disinformation, Rudy Giuliani is the winner of the Center for Inquiry’s first Full of Bull Award!

A rogue’s gallery of celebrity hucksters was drawn up who best represent the threat posed by the wholesale rejection of reality. Calling out these infamous purveyors of flimflam and nonsense, the Center for Inquiry asked the public to vote for who was the worst offender.

It could not have been an easy choice, but now the voters have spoken: 41.7 percent of voters chose Giuliani over these other superspreaders of the infodemic:

Why Giuliani? He really gave his all to rise above the field over the past year as a dedicated champion of bogus COVID-19 cures at the peak of a global pandemic and chief spreader of the highly dangerous Big Lie about the 2020 election. “America’s Mayor” no more, Giuliani has slid to the fringes of conspiracy theories and quack medicine, truly embodying what it takes to be an all-around Full of Bull champion.

At the time of reporting, no reaction of the awardee was available. Yet, we can be confident that Rudy will treasure the award above all other distinctions and that he will display it prominently in his office. The Center for Inquiry wants to thank everyone for voting and for being a part of the reality-based community, it intends to remain committed to taking on bull artists of all stripes.

37 Responses to A new honour for Rudy Giuliani: the ‘Full of Bull Award’