Since Gwyneth Paltrow, as well as US Olympic swimmers, were publicly sporting their cupping marks, cupping has repeatedly occupied the pages of this blog. Now, cupping is in the news yet again. It has been reported that an image of a self-proclaimed ‘cupping’ expert performing treatment on a newborn baby has caused a major outcry. The photo shows a three-month-old baby’s skin on its back being sucked into a cup with the skin deformed and bright red. 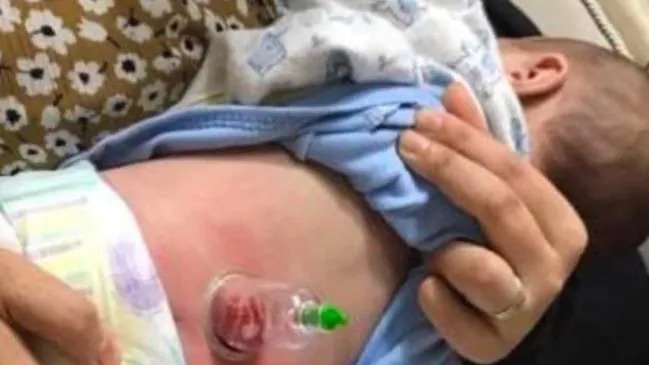 The man, known as Mustafa, who refers to himself as an ‘expert’ at a ’cupping centre’ in the city of Istanbul, recently shared the images on social media where he was apparently treating the baby for ‘gas’. “We provide cupping for everyone from three-month-old babies to 70-year-olds. We do it since it is an Islamic tradition and we believe that everyone should take part in it,“ Mustafa said. “I am not a swindler. I do not demand money from people. They give as much as they choose.”

Child and adolescent psychiatrist associate, Dr Veysi Ceri, slammed the parents who allowed the procedure to be performed on their children. “Children cannot be left at the mercy of their parents,” Dr Ceri said. “Cupping is something that is not based on scientific evidence and children are physically harmed from it.”

On social media, people expressed their fury, labelling the practice as “questionable”. One commenter wrote: “Are these people crazy? They don’t read or learn anything.” But there were also those who shared their positive experiences. “I congratulate the family who had cupping performed on their baby,” one person wrote. “I also do cupping regularly and I haven’t had a headache in years. I do not take any medicine either. It is also beneficial for children to have cupping.“

So, is there any reliable evidence about dry cupping for children?

Is it demonstrably effective for any paediatric condition?

Believe it or not, there has been at least one clinical trial of dry cupping as a treatment of constipation in children:

One hundred and twenty children (4-18 years old) diagnosed as functional constipation according to ROME III criteria were assigned to receive a traditional dry cupping protocol on the abdominal wall for 8 minutes every other day or standard laxative therapy (Polyethylene glycol (PEG) 40% solution without electrolyte), 0.4 g/kg once daily) for 4 weeks, in an open label randomized controlled clinical trial using a parallel design with a 1:1 allocation ratio. Patients were evaluated prior to and following 2, 4, 8 and 12 weeks of the intervention commencement in terms of the ROME III criteria for functional constipation.

Conclusion: This study showed that dry cupping of the abdominal wall, as a traditional manipulative therapy, can be as effective as standard laxative therapy in children with functional constipation.

This study is squarely negative, yet the conclusions are clearly positive. I have stopped being amazed by such contradictions. After all, we are dealing with so-called alternative medicine (SCAM)!

For what it’s worth, here is our 2011 overview of all systematic reviews of cupping:

Several systematic reviews (SRs) have assessed the effectiveness of cupping for a range of conditions. Our aim was to provide a critical evaluation and summary of these data. Electronic searches were conducted to locate all SRs concerning cupping for any condition. Data were extracted by two authors according to predefined criteria. Five SRs met our inclusion criteria, which related to the following conditions: pain conditions, stroke rehabilitation, hypertension, and herpes zoster. The numbers of studies included in each SR were small. Relatively clear evidence emerged only for one indication, that cupping may be effective for reducing pain. Based on evidence from the currently available SRs, the effectiveness of cupping has been demonstrated only as a treatment for pain, and even for this indication doubts remain.

And here is our 2011 SR of cupping as a treatment of pain:

The objective of this study was to assess the evidence for or against the effectiveness of cupping as a treatment option for pain. Fourteen databases were searched. Randomized clinical trials (RCTs) testing cupping in patients with pain of any origin were considered. Trials using cupping with or without drawing blood were included, while trials comparing cupping with other treatments of unproven efficacy were excluded. Trials with cupping as concomitant treatment together with other treatments of unproven efficacy were excluded. Trials were also excluded if pain was not a central symptom of the condition. The selection of studies, data extraction and validation were performed independently by three reviewers. Seven RCTs met all the inclusion criteria. Two RCTs suggested significant pain reduction for cupping in low back pain compared with usual care (P < .01) and analgesia (P < .001). Another two RCTs also showed positive effects of cupping in cancer pain (P < .05) and trigeminal neuralgia (P < .01) compared with anticancer drugs and analgesics, respectively. Two RCTs reported favorable effects of cupping on pain in brachialgia compared with usual care (P = .03) or heat pad (P < .001). The other RCT failed to show superior effects of cupping on pain in herpes zoster compared with anti-viral medication (P = .065). Currently there are few RCTs testing the effectiveness of cupping in the management of pain. Most of the existing trials are of poor quality. Therefore, more rigorous studies are required before the effectiveness of cupping for the treatment of pain can be determined.

The included trials frequently were silent about adverse effects. Others reported no adverse effects and one mentioned three cases of vaso-vagal shock. None of the studies was on children.

So, here are my answers to the questions above: