Frank Odds passed away on 7 July at the age of 75. He was well-known to regular readers of this blog. Having started to submit his views in 2014, he has contributed well over 1 500 insightful and helpful comments.

Prof Odds was a world leading expert in medical mycology, recognized internationally for his studies of fungal pathogens.  He was recognized as an authority by academics, clinicians and those in the pharmaceutical industry. The European Confederation of Mycology wrote:

He wrote the defining text on Candida and was a major authority on fungal pathogenesis and antifungal drugs (having led Janssen’s antifungal drug discovery programme for 10 years). In no small measure he helped establish the reputation of the Aberdeen Fungal Group as a pre-eminent presence in medical mycology and was an integral part of the foundations upon which the current University of Exeter MRC-CMM was formed. He was a concert level pianist and he played the piano for the singsong at the BSMM annual meeting that was an integral part of the traditions of this society. During his career he acted as President of the BSMM, as well as of ISHAM and the ECMM.

Prof Odds has published about 300 original research and review articles on the pathogenesis, diagnosis, epidemiology and treatment of fungal infections.  He acted as co-editor of the standard textbook ‘Clinical Mycology’ and was listed in the ISI Most Highly Cited Scientists (Microbiology) database in 2007 and he made many seminal contributions to his field. 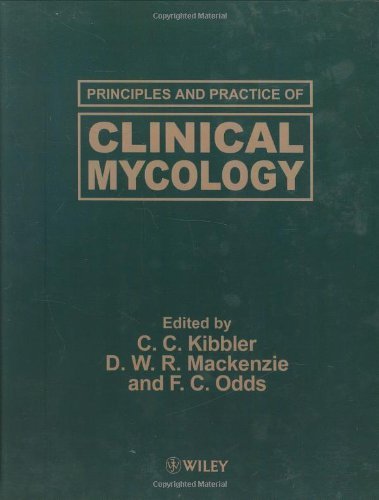 Prof Odds led the antifungal drug discovery programme as Director of Bacteriology and Mycology at the Janssen Research Foundation (Johnson & Johnson) in Belgium for 10 years.  He played a major role in the development of anti-fungal medicines azole and triazole.  Eighteen patents bear Prof. Odds’ name as co-inventor and he served as a consultant and/or experimental contractor for more than 20 pharmaceutical companies.

Prof Odd’s honours included Fellowship of the Royal Society of Edinburgh, Fellowship of the American Academy of Microbiology, and Honorary Membership of the British and International Medical Mycology societies.  He received many prestigious prizes including an ISHAM award and medal, the Maxwell L. Littman Award from the New York Medical Mycology Society, and a Pfizer Award in Biology.  He was also awarded an MRCPath and FRCPath in recognition of his clinical expertise.

On 9 July, Frank’s wife sent me an email:

The sad news has arrived: Frank died on Tuesday night, peacefully at home as he had wished.

During the final few days, his health deteriorated rapidly, but he was extremely well cared for by the NHS District Nurses, who could not have been kinder or more solicitous…

I feel honoured by the indefatigable attention he devoted to my blog (particularly since I had never met him in person) and am sure that we all will all miss his critical and constructive comments.