If you had thought that HRH Prince Charles, soon to be King, would calm down regarding his royal bee under his alternative bonnet, you evidently were mistaken. In June 2019, he became the patron of the ‘Faculty of Homeopathy‘ the professional organisation of UK doctor homeopaths. And a few days ago, it has been announced that he now has also become the patron of the ‘College of Medicine and Integrated Health’ (CMIH). The College chair, Michael Dixon, was quoted stating: ‘This is a great honour and will support us as an organisation committed to taking medicine beyond drugs and procedures. This generous royal endorsement will enable us to be ever more ambitious in our mission to achieve a more compassionate and sustainable health service.” 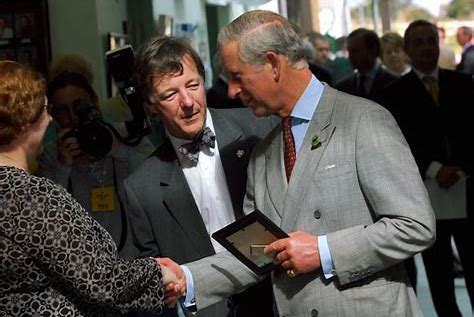 I find it hard to be surprised by Charles’ latest move. After all, the CHIM is the direct successor of Charles’ ‘Foundation for Integrated Health‘ (FIH). When this bizarre organisation had to close in 2010 amid claims of fraud, money laundering and misuse of charity status (its chief executive later went to prison!), Dixon quickly organised the creation of the CMIH. Even though he was clearly involved, Charles was probably wise to keep his distance after the scandal. But now, almost a decade later, the dust has settled and he feels he can again patronise (= become a patron).

Dixon who was the medical director of the FIH did not go to prison; why should he? He had done nothing wrong! On the contrary, he collected another gong and even aspired to become the president of the ‘Royal College of General Practitioners‘. He failed, but his honours and appointments are still second to none:

And so should you!!!

Just read the abstract of his study of spiritual healing. If you are not impressed by this work of beauty, there must be something wrong with you.

This study was designed to examine the effects of a healer seeing chronically ill patients in a large semirural practice. The 57 patients were allocated alternately either to receive ten weekly healing sessions or to become waiting-list controls. Two weeks after completion of ‘healing’ 22 (81%) of the 27 study patients thought their symptoms had improved and 15 of these thought they had improved substantially. Study patients scored better than controls on both measures of symptoms (P < 0.05, P < 0.01), on anxiety and depression ratings (P < 0.01, P < 0.05) and on general function measured by the Nottingham Health Profile (P < 0.01). Treatment differences were still evident three months later for one of the measures of symptom change (P < 0.05) and for both anxiety and depression ratings (P < 0.01, P < 0.05). The percentages of natural killer cells (CD16, CD56) did not change greatly in either group. These results suggest that healing may be an effective adjunct for the treatment of chronically ill patients presenting in general practice. They do not distinguish between any specific effects of spiritual healing and non-specific effects such as relaxation; for further investigation, randomized controlled trials will be needed.

Sorry, I digress – this should be about Charles, not Michael.

Now that he is patron of both the FoH and the CMIH, what might be next? As he has already tried his own brand of herbal remedies, I suggest the next launches a brand of homeopathics. What about

Well, suggest something better then!