A series of article in The Times yesterday (to which I had made several minor contributions) focussed on the dangers of homeoprophylaxis/homeopathic vaccinations. Sadly, the paper is behind a paywall. I therefore will try to summarise some of the relevant points.

A courageous Times-reporter went under cover to extract some of the anti-vaccination views from a lay homeopath. This particular homeopath happened to charge £330 from customers who want to protect themselves or their family from infectious diseases (£130 for a homeopathic remedy kit, plus £200 for the compulsory instructions via skype that automatically come with the kit). Here are some of the most obvious porkies uttered by that homeopath: 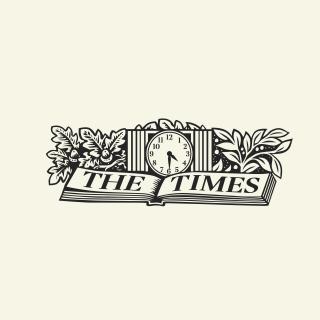 This new undercover research by the Times is reminiscent of our own investigation of 2002. At the time, we contacted 168 homoeopaths, of whom 104 (72%) responded, 27 (26%) withdrawing their answers after debriefing. We also contacted 63 chiropractors, of whom 22 (44%) responded, six (27%) withdrawing their responses after debriefing.  Only 3% of professional homoeopaths and 25% of the chiropractors advised in favour of the MMR vaccination. Almost half of the homoeopaths and nearly a fifth of the chiropractors advised against it. (This tiny and seemingly insignificant study almost cost me my job: some homeopaths complained to my peers at Exeter University who then, in their infinite wisdom, conducted a most unpleasant investigation into my allegedly ‘unethical’ research; full details of this amazing story are provided in my memoir.)

But perhaps you think that homeoprophylaxis might be effective after all? In this case, you would be mistaken! As discussed a couple of weeks ago, a recent study demonstrated that such treatments are ineffective. Its authors concluded that homeopathic vaccines do not evoke antibody responses and produce a response that is similar to placebo. In contrast, conventional vaccines provide a robust antibody response in the majority of those vaccinated.

The Times article stated that about half of all new parents have been exposed to anti-vaxx propaganda. Consequently, global measles cases have risen by 300% in the first three months of this year compared to last year. Faced with measles outbreaks across the world, it is hard to deny that homeopaths who promote homeopathic vaccinations are a significant risk to public health.

The Times considered the issue sufficiently important to add an editorial. Its opening sentence sums up the issue well, I think: The evidence supporting claims that homeopathic remedies offer an effective alternative to the measles vaccine can be summarised in one word: zero. And its concluding sentences are even clearer: Tobacco companies are obliged to carry prominent public health warnings on their products. Homeopaths should too.

If one agrees with this sentiment, I suggest, we also consider the same for some:

And furthermore I suggest we disregard the many pro-vaccination statements by the professional organisations of these clinicians – they are nothing but semi-transparent fig-leaves and a politically-correct lip services which they neither enforce nor even truly mean.