Danshen, an effective treatment for cancer?

Radix Salviae Miltiorrhizae (Danshen) is a herbal remedy that is part of many TCM herbal mixtures. Allegedly, Danshen has been used in clinical practice for over 2000 years.

The aim of this systematic review was to evaluate the current available evidence of Danshen for the treatment of cancer. English and Chinese electronic databases were searched from PubMed, the Cochrane Library, EMBASE, and the China National Knowledge Infrastructure (CNKI), VIP database, Wanfang database until September 2018. The methodological quality of the included studies was evaluated by using the method of Cochrane system.

The authors concluded that the current research results showed that Danshen formulae combined with chemotherapy for cancer treatment was better than conventional drug treatment plan alone. 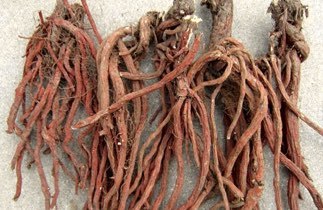 I am getting a little tired of discussing systematic reviews of so-called alternative medicine (SCAM) that are little more than promotion, free of good science. But, because such articles do seriously endanger the life of many patients, I do nevertheless succumb occasionally. So here are a few points to explain why the conclusions of the Chinese authors are nonsense:

I know it sounds terribly chauvinistic, but I do truly believe that we should simply ignore Chinese articles, if they have defects that set our alarm bells ringing – if not, we are likely to do a significant disservice to healthcare and progress.

45 Responses to Danshen, an effective treatment for cancer?