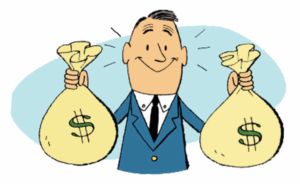 Chiropractic may be nonsense, but it nevertheless earns chiros very good money. Chiropractors tend to treat their patients for unnecessarily long periods of time. This, of course, costs money, and even if the treatment in question ever was indicated (which, according to the best evidence, is more than doubtful), this phenomenon would significantly inflate healthcare expenditure. It was reported that over 80% of the money that the US Medicare paid to chiropractors in 2013 went for medically unnecessary procedures. The federal insurance program for senior citizens thus spent roughly $359 million on unnecessary chiropractic care that year.

Such expenditure may not benefit patients, but it surely benefits the chiropractors. A recent article in Forbes informed us that, according to the US Bureau of Labor Statistics’ Occupational Outlook Handbook, the employment of chiropractors is expected to grow 12% from 2016 to 2026, faster than the average for all occupations.

According to the latest data from the Bureau Occupational Employment Statistics, as of 2017, the average income of an US chiropractor amounts to US $ 85,870. However, chiropractors’ salaries aren’t this high in every US state. The lowest average income (US$ 45 000) per year is in the state of Wyoming.

Below you’ll find a breakdown of where chiropractors’ incomes are the highest.

These are tidy sums indeed – remember, they merely depict the averages. Individual chiropractors will earn substantially more than the average, of course. And there are hundreds of websites, books, etc. to teach chiros how to maximise their cash-flow. Some of the most popular ‘tricks of the chiro trade’ include:

Considering the sums of money that are at stake, I am beginning to understand why chiropractors tend to get so nervous, often even furious and aggressive, when I point out that they might be causing more harm than good to their patients.

Its the money, stupid!