Is yoga safe and effective in primary care?

A recent blog-post pointed out that the usefulness of yoga in primary care is doubtful. Now we have new data to shed some light on this issue.

Participation was voluntary and the enrolment strategy was based on invitations by health professionals and advertising in the community (e.g., local newspaper, health unit website and posters). Users willing to participate were invited to complete a registration form to verify eligibility criteria.

The endpoints of the study were:

The yoga routine consisted of breathing exercises, progressive articular and myofascial warming-up, followed by surya namascar (sun salutation sequence; adapted to the physical condition of each participant), alignment exercises, and postural awareness. Practice also included soft twists of the spine, reversed and balance postures, as well as concentration exercises. During the sessions, the instructor discussed some ethical guidelines of yoga, as for example, non-violence (ahimsa) and truthfulness (satya), to allow the participant to have a safer and integrated practice. In addition, the participants were encouraged to develop their awareness of the present moment and their body sensations, through a continuous process of self-consciousness, keeping a distance between body sensations and the emotional experience. The instructor emphasized the connection between breathing and movement. Each session ended with a guided deep relaxation (yoga nidra; 5–10 min), followed by a meditation practice (5–10 min).

The authors concluded that yoga in primary care is feasible, safe and has a satisfactory adherence, as well as a positive effect on psychological quality of life of participants. 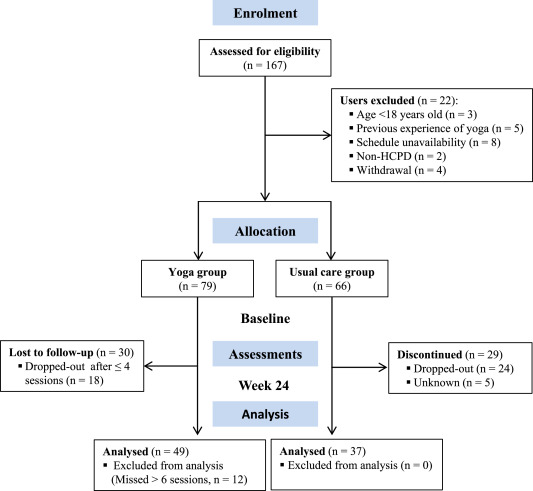 Are the authors’ conclusions correct?

Here are some reasons for my judgement:

In conclusion, this study fails to show that yoga has any value in primary care.

Oh, I almost forgot: and yoga is also satanic, of course (just like reading Harry Potter!).

10 Responses to Is yoga safe and effective in primary care?