A new, imaginative and ‘semenly’ effective SCAM for back pain

One would be hard-pressed to find a form of so-called alternative medicine (SCAM) that is not being promoted for back pain: chiropractic, osteopathy, reflexology, naturopathy, homeopathy … you name it. Intriguingly, they all seem to generate similarly good – a realist would say bad – results. Faced with this large but largely ineffective options, one can hardly be surprised that enterprising innovators look for their own solutions. And few are more enterprising then this patient from Ireland who decided to devise his very own and highly unusual back pain therapy.

The 33 year old male with a history of back problems was seen complaining of severe, sudden onset lower back pain. He reported lifting a heavy steel object 3 days prior and his symptoms had progressed ever since. A physical exam of revealed an erythematous papule with a central focus on the medial aspect of his right upper limb.

The patient disclosed that he had – independent of any medical advice – intravenously injected his own semen as an innovative method to alleviate his back pain (a truly naturopathic approach, if there ever was one!). He also revealed that he had previously injected one monthly “dose” of semen for 18 consecutive months using a hypodermic needle purchased online.

On this occasion, the patient had tried to inject three “doses” of semen intra-vascularly and intra-muscularly. The erythema extended medially along his upper limb over the course of the following 24 hours. 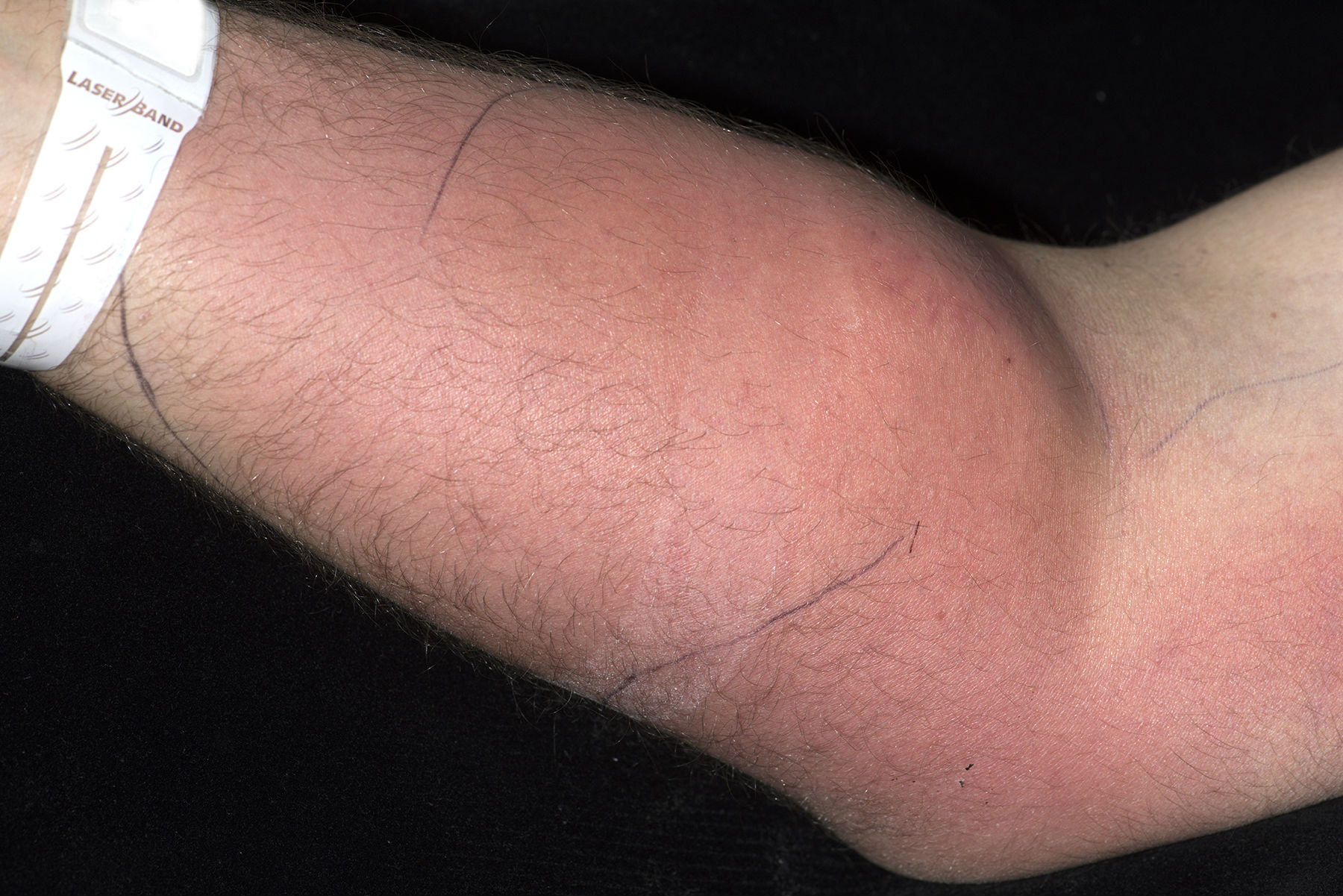 It became indurated around the injection site where he had failed multiple attempts at injecting the semen thus causing an extravasation of his sperm into the soft tissues. Blood tests demonstrated a C-reactive protein of 150mg/L and white cell count of 13×109/L. The patient was immediately commenced on intravenous antimicrobial treatment after seeking advice regarding appropriate cover. A radiograph of the limb was obtained to exclude retained foreign body and it demonstrated a subcutaneous emphysema.

This patient’s back pain improved over the course of his inpatient stay. He opted to discharge himself without availing of an incision and drainage of the local collection.

For me, the most fascinating aspect of this story is the fact that the patient had previously treated himself 18 (!) times before this little mishap occurred.

Why?, one may well ask. The answer has, I think, been provided by legions of proponents of diverse forms of SCAM: BECAUSE IT WORKED! PEOPLE ARE NOT STUPID; THEY DON’T CONTINUE TREATMENTS, IF THEY DON’T WORK.

So, either intravenous semen injections are an effective way to control back pain – in which case, I recommend that NICE look into it – or…

… THERE IS SOMETHING BADLY WRONG WITH THE FAVOURITE ARGUMENT OF SCAM-ENTHUSIASTS, IT WORKED FOR ME AND THEREFORE IT IS EFFECTIVE AND SAFE.

(I know which explanation I favour)

12 Responses to A new, imaginative and ‘semenly’ effective SCAM for back pain