Exeter University offers bogus treatments, but is ‘not in a position to actively condone the effectiveness of such treatments’ 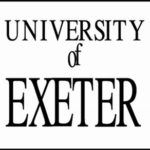 Once upon a time, the University of Exeter prided itself of having the ‘1st chair in complementary medicine’ in the country. That was in 1993, when I was appointed to that position. I then recruited a team of motivated researchers, and we soon managed to become the world’s leading research group in our field. Together, we published more papers on alternative medicine in the peer reviewed medical literature than any other team before or since, and we managed to get an international reputation for high-quality critical assessments of alternative medicine. Unfortunately, not all people were happy; some even seemed to be distinctly unhappy because few of our findings were as they had hoped.

In 2012/13, I retired under circumstances that, I am afraid, were not to the credit or integrity of my peers (the full and rather sad story has been told in my memoir). Since then, I have the status of Emeritus Professor; in that role, I give occasional lectures, publish about one book per year, run this blog, and generally enjoy life. There is not much that can bother me these days…

…at least, this is what I thought until I saw this announcement by Exeter University.

It informed me that the University of Exeter has decided to “offer a range of complementary therapies at a discounted rate to Staff at both Streatham and St Lukes Campus.”

Treatments are not cheap but members will receive the following reductions:

You want to know which therapies precisely are on offer?

Here is a selection of the treatments they are providing:

Yes, most impressive – particularly as none of the therapies listed above are supported by anything that looks remotely like good evidence!

So, has my University gone raving mad?

Have they joined the legion of charlatans promoting nonsense?

Do they perhaps want to score even more brownie-points with HRH, the Prince of Wales?

One would assume so … but wait … they added a disclaimer to their announcement:

Whilst the University is pleased to welcome complementary practitioners to the campus and support greater access to a range of wellbeing services, we are not in a position to actively condone the effectiveness of such treatments. However, Reed Mews Wellbeing Centre wants to promote choice and encourage individuals to make informed decisions regarding the management of their health needs.

AHHH – I AM SO PLEASED – THAT’S ALRIGHT THEN!

55 Responses to Exeter University offers bogus treatments, but is ‘not in a position to actively condone the effectiveness of such treatments’