If we needed proof that much of chiropractic is bogus, this would be it

The fact that much of chiropractic might be bogus has frequently been discussed on this blog. A recent press-release provided me with more evidence for this notion. It proudly announced a new book entitled “Beyond the Back: The Chiropractic Alternative For Conditions Beyond Back Pain”

The text claimed that shortly after the launch, the book hit #1 on the Amazon.com best seller list out of all Chiropractor books and also reached #1 for the category of Holistic Medicine. 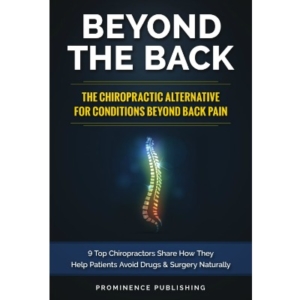 When I checked (22/12/2016), I was not able to confirm this statement: #47 in Kindle Store > Kindle eBooks > Medical eBooks > Alternative & Holistic > Holistic Medicine, #58 in Books > Medical Books > Allied Health Professions > Chiropractic. But let’s not be petty; let’s rather see what the book has to offer.

‘Beyond the Back’ focuses on how Chiropractic care can do so much more than just alleviate back pain, the press-release says. From avoiding knee surgery to resolving athletic injuries, chiropractic care allegedly is a 100% natural health solution for a wide variety of conditions… In fact, in some cases, chiropractors can help their patients get off medications entirely and even avoid surgery, the press-release continues.

In the book itself, the authors claim that chiropractic is effective for a multitude of conditions, including asthma and colic (in fact, the authors try to give the impression that chiropractic is a veritable panacea), and that there is sound evidence for all these indications from hundreds, if not thousands of studies. The authors make it very clear – even on the book cover – that chiropractic is not an adjunct to conventional healthcare but an alternative to it; an idea, of course, that goes back to the founding fathers of chiropractic. As if this were not enough, the book also promotes diagnostic techniques such as applied kinesiology.

Some commentators on this blog have argued that the chiropractic profession is in the midst of giving up much of the nonsense upon it was originally based and to which it has clung on for more than hundred years. This book, written by 9 US authors of the new generation of chiropractors, seems to demonstrate the opposite.

On Amazon, the book currently has one single customer review: Value information and an easy read! I am a strong believer of chiropractic and this makes it easy for me to share this info with my friends !

This comment is apt because it makes clear that chiropractic is a belief system. We must not expect rational thoughts or facts from what, in effect, is a religion for many. I can understand this in a way: belief can be a cosy shelter from the truth; it does not require much thinking; it hardly needs any learning, no changing of minds, etc. However, belief can never be a basis for good healthcare. In my view, ‘Beyond The Back’ provides a perfect example of that.

109 Responses to If we needed proof that much of chiropractic is bogus, this would be it