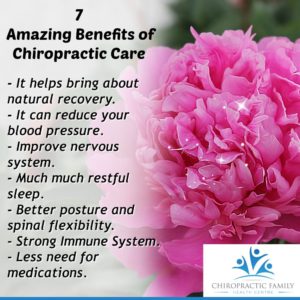 So much so, that I decided to run a quick ‘reality check’: are any of these claims based on anything resembling sound evidence?

IT HELPS BRING ABOUT RECOVERY

This is the sort of woolly language that quacks of any type seem to adore. Recovery of what? Perhaps recovery from delusion? No evidence for that, I am sure.

IT CAN REDUCE YOUR BLOOD PRESSURE

Yes, there are some studies on this topic. There is even a systematic review of the relevant trials; it was published by chiros in a chiro journal and it nevertheless concluded that there is currently a lack of low bias evidence to support the use of Spinal Manipulative Therapy as a therapy for the treatment of hypertension. Future investigations may clarify if SMT is effective for treating hypertension, either by itself or as an adjunctive therapy, and by which physiologic mechanism this occurs.

IT IMPROVES THE NERVOUS SYSTEM

Another woolly claim, if there ever was one. What does it mean? Nothing! Consequently, there also is no evidence to back it up.

Chiros will probably claim that the exercises they sometimes recommend might lead to improvements in posture and flexibility of the musculoskeletal system. Even though there is not much good evidence for this, it might still be true. But chiropractic manipulations are unlikely to achieve these aims.

There are some studies to imply that spinal manipulations stimulate the immune system. This is what I wrote about them previously: If we look at the actual research that might support such strange claims, we find that that it is scarce, flimsy and unconvincing. To the best of my knowledge, nobody has yet shown that people who receive regular chiropractic care are protected from conditions mediated via the immune system. Unless such a phenomenon can be demonstrated beyond reasonable doubt, we should be highly sceptical of the claim that chiropractic care stimulates the immune system and thus generates better health. In my view, regular chiropractic adjustments stimulate only one thing: the cash flow of the therapist.

This is one of the favourite claims of chiros. It is  supported by evidence showing that patients who see a chiropractor use less drugs than those who don’t. But that is due to chiros traditionally being anti-drug; they thus advise their patients not to take any drugs. Very different from claiming their patients need less medications, I’d say. In fact, it seems to me like saying people who regularly go to church pray more than those who don’t.

Why is any of this important?

Some might think that all of this is trivial, irrelevant and boring. I beg to differ.

It matters, I think, because such promotion and bogus claims are what consumers are constantly exposed to. Eventually, many will believe this nonsense, even if it is overtly wrong or stupid. What is being trumpeted loudly a thousand times might eventually be believed.

In other words, such advertisements are relevant because they shape the minds of the public. As responsible healthcare professionals, we ought to be aware of these campaigns and do what we can to correct the false impressions they generate.